Understanding the Past, Shaping the Future 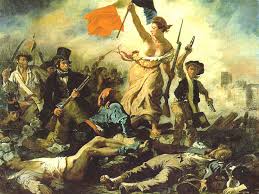 We are academics, clinicians, and other  practitioners from diverse disciplines who seek to understand how history and public affairs shape and are shaped by individual and group psychology.  The IPA is open to all who wish to study, teach, and conduct research in psychohistory.

Scott Pelley: Seeking the Truth in a Century of Serial Shock, by Ken Fuchsman, Ed.D.

Book News: What Makes Us Human?, by Ken Fuchsman, Ed.D.

Interview with Joseph Ponterotto on his psychobiography of JFK, Jr.

Interview with Trevor Pederson on his film and psychoanalysis book

Report on the 2018 Human Dignity and Humiliation Studies Conference

ROOM: A Sketchbook for Analytic Action, interview by Ken Fuchsman with Hattie Myers and Mafe Izaguirre

Psychohistorian Interview with Alice Maher on Catalysis: A Recipe to Slow Down or Abort Humankind's Leap to War

Report from Europe by Marc-André Cotton

Psychohistorian Interview with Paul Elovitz on The Making of Psychohistory

National Association for the Advancement of Psychoanalysis Conference, by Ken Fuchsman

Helix Center Roundtable on Mind and Brain, by Brian D'Agostino

Report on a book party for The Dangerous Case of Donald Trump, by Ken Fuchsman

The Role of Affects, Part II: Reflections From Theory and Experience, by Dorothea Leicher

On Charlottesville--White Supremacist Riot as Psychohistorical Condensation, by Howard Stein

Mourning a Legacy of Racial Violence: Narrative and Intergenerational Trauma, by Molly Castelloe

Janice Gump on the Continuing Effects of Slavery, by Gilda Graff

Trevor Pederson on The Economics of Libido, interview by Ken Fuchsman

Finding and Being Found: Thoughts on the Evolution of Howard Stein's book Light and Shadow

One's Life Through the Looking Glass of Neuropsychiatric Disorder, by Dolores Brandon

Psychohistorian Interviews with Charles B. Strozier and Eli Zaretsky

On Race in Trinidad and Tobago, by Keisha V. Thompson

A House Divided: The Republicans in 2016, by Ken Fuchsman

Bringing Psychohistory to One of France's Biggest Eco-Fairs, by Marc-Andre Cotton

In the Wake of Terrorist Attacks, by Marc-André Cotton

Fathering a Nation, he Sacrificed his Sons, by Souvik Raychaudhuri

Behind the Crisis in Syria, by Brian D'Agostino

Mass Shootings and the Crisis of American Masculinity, by Harriet Fraad

Hiroshima, Iran, and the Future of Nuclear Weapons, by Brian D'Agostino

White Genocide Fantasy and the Myth of the "Lone Wolf," by Denis O'Keefe

Mind's Wisdom: Neuroplasticity and Neurointegration as Tools for Post-traumatic Growth, by Inna Rozentsvit

Reflections on the Greek Bailout: The Agony of Greece, by Marc-Andre Cotton

The Paris and Copenhagen Mass Shootings, by Marc-Andre Cotton, p. 1

A Clash of Barbarisms (Editorial on Islamic State), p. 2

The Disheartening Life of Ferguson's Michael Brown, by Gilda Graff,p. 1

In the Name of the Father: the Bush Years and the Legacy of Childrearing Violence, by Marc-André Cotton, p. 2

A Courageous Jew For Our Time, by Norman Simms, p. 8

Review of Goelitz and Stewart-Kahn's From Trauma to Healing, by Maria Mini, p. 5

We are the Monsters! Critical Review of the IPA Statement on Violence, by Florian Galler, p. 8

How to End Violence in America, Statement of the International Psychohistorical Association, p. 12

Why Do They Support Torture? (podcast)